How to choose… touring boots 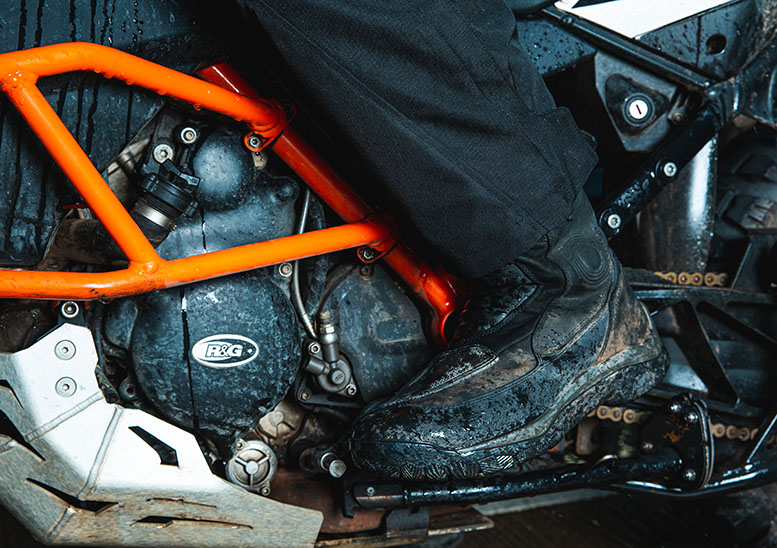 How to choose... touring boots

On a long tour it’s often your boots that take the biggest beating. Wearing them while riding and then wandering around unfamiliar towns trying to find your hotel demands incredible versatililty and durability. Here’s what you should look for when it comes to motorcycle touring boots… 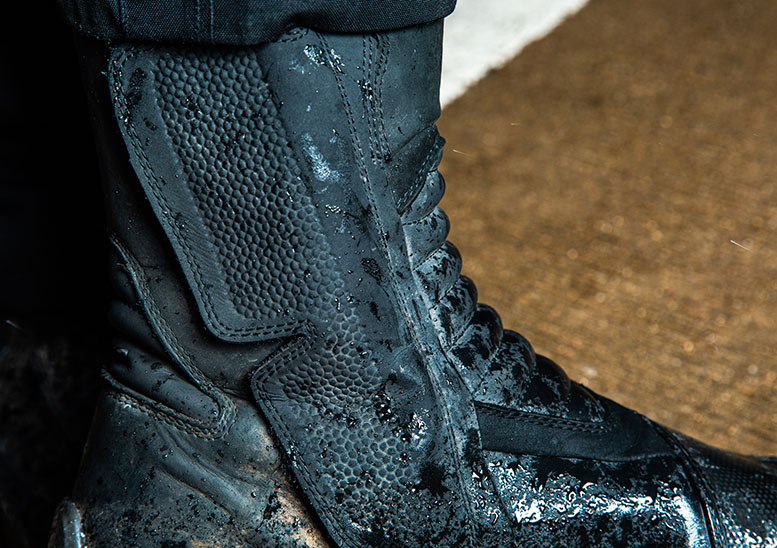 Touring means lots of miles on and off the bike, so if you want a touring boot that can do it all, it’ll need to be sturdy. That means a thick, hard sole that’s designed for longevity rather than feel. Sure, you can tour in race boots if that’s your thing, but be prepared to fork out for another pair pretty soon when you’ve worn through the sole. Durability also means abrasion resistance on areas likely to rub against your bike during a long day of riding; specifically the inside of the boot, near the ankle. It may not seem the end of the world if this area gets damaged, but it ultimately it means less protection in the event of a crash, and if you leave it long enough it could let water in. 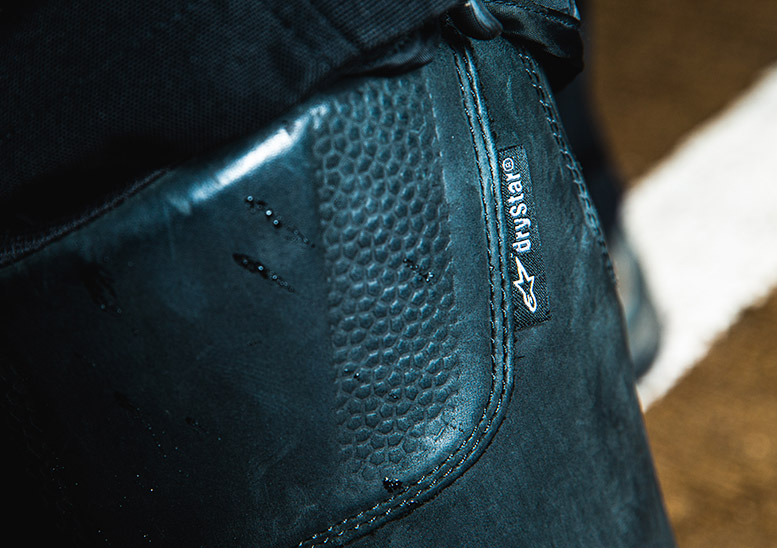 Riding plenty of miles means plenty of chance you’ll be riding in less than favourable weather conditions, so you’ll need your boots to be comfortable in all conditions. Gore-Tex is perhaps the most favoured of the materials designed to keep water out, and it also excels at letting sweat vapour escape so your boots won’t kick up too much of a stink at the end of a day. Most boot manufacturers offer their own waterproof and breathable membranes, even those who also use Gore-Tex, and they can be just as effective. The principle behind them is very similar – holes small enough to block water droplets coming in yet big enough to let vapour travel in the other direction – but Gore-Tex attracts a price premium as it’s the market leader and comes with a five-year guarantee. 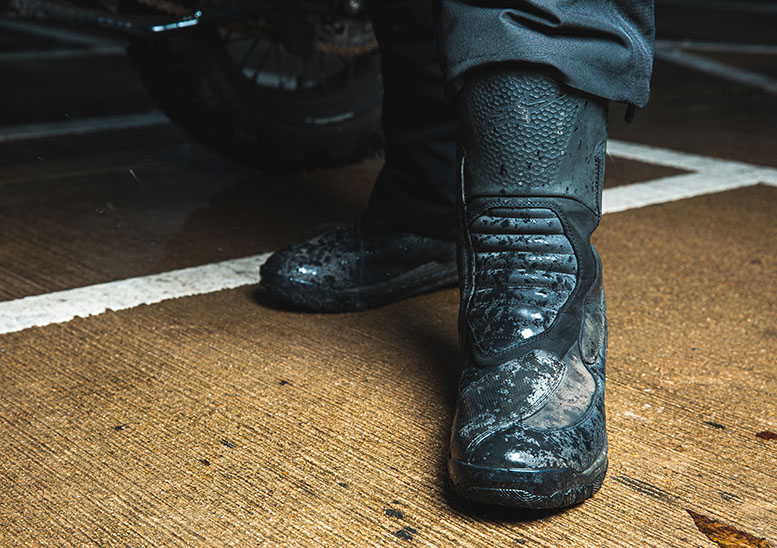 Protection should always be high on the list of priorities when it comes to riding gear. It’s the same with touring boots, but you’ll want to avoid excessive stiffness. Look for good quality protection in key impact areas: shins, around the toes, ankles and heels. For the best protection, look at boots that offer some form of anti-flex system to stop the foot and ankle twisting in the event of a crash. Boots don’t move about on your feet, so protection such as shin plates shouldn’t be digging in or causing pain. When trying them on, make sure the protection is all in the right place and comfortable. If you’re wearing the boots under textile trousers and against bare skin, make sure they don’t rub uncomfortably. 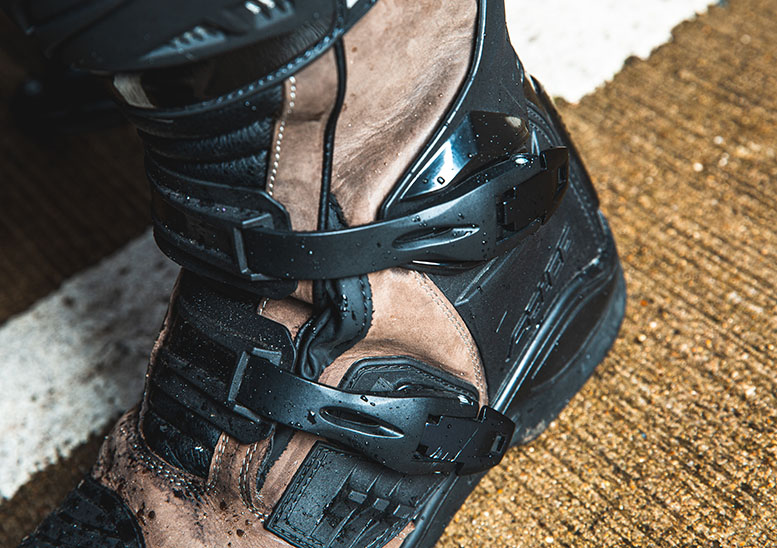 You’re going to be wearing these boots for hours at a time, day after day, so you’ll want enough adjustability for your needs. The standard-issue fastening on motorcycle boots is generally a zip on the inside of the calf, with a velcro tab at the top. This combination is simple-to-use and reliable, but doesn’t offer much adjustability. Ratchet fastenings, where a toothed strap slides into a ratchet to secure it in place, often offer a wider range of adjustment and more fine tuning when it comes to fit, but some see them as fiddly to operate. Some boots have extra adjustment around the calf to accommodate riders who are more generously proportioned in this area.

Everyone knows exactly how annoying poorly fitting footwear can be, and it’s especially so with motorcycle boots. Much like helmets, not every boot from every manufacturer will fit every foot, which means choosing the pair that looks best might not always be the best choice. Be sure to try them on and, if you can, sit on your bike so you know how they’ll feel in your riding position. If you have a pair of riding socks that you only wear on the bike try them on while wearing those to make sure the two work together properly. If you’re choosing a full-length touring boot, also think about how the upper part of the boot fits on your lower leg. Is it tall enough that there’s no gap between the boots and trousers when your knees are bent on the bike?

Thankfully touring boots no longer have to look boring and nondescript like those you see police riders wearing. There are touring boots for every style – including police-style if that’s what you want. Please don’t sacrifice function for the sake of some boots that look better on Instagram. Casual-style boots look good, and aren’t as stiff as traditional motorcycle boots, but they’re nowhere near as good at keeping the elements outside and are never as protective as a full boot. However, if you know you’re only going to be riding around town in nothing but good weather, then you can afford to go for something with a little more style. 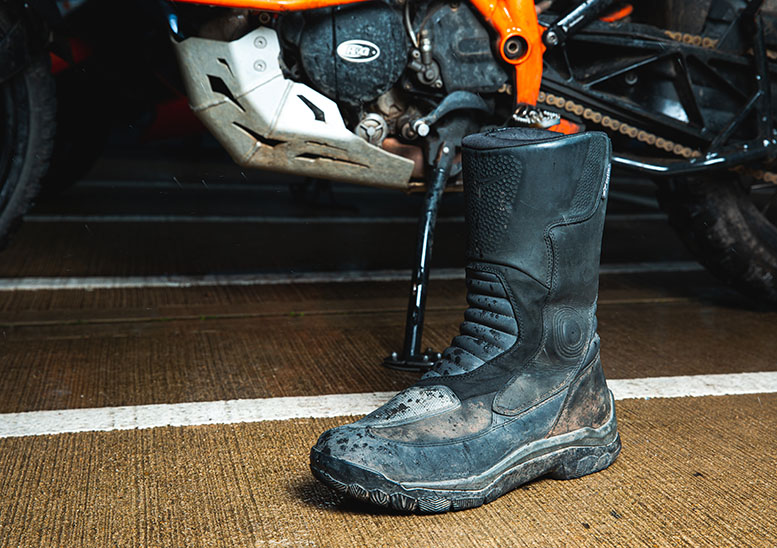 Basic. Simple. Call it what you want, but a lack of flashy features doesn’t necessarily mean a pair of touring boots is worse. Touring boots will get used a lot, so sometimes going for the simplest solution, with the least moving parts, might be the wisest and most cost-effective option.