Blog: The rights and wrongs of biking in Corona Britain 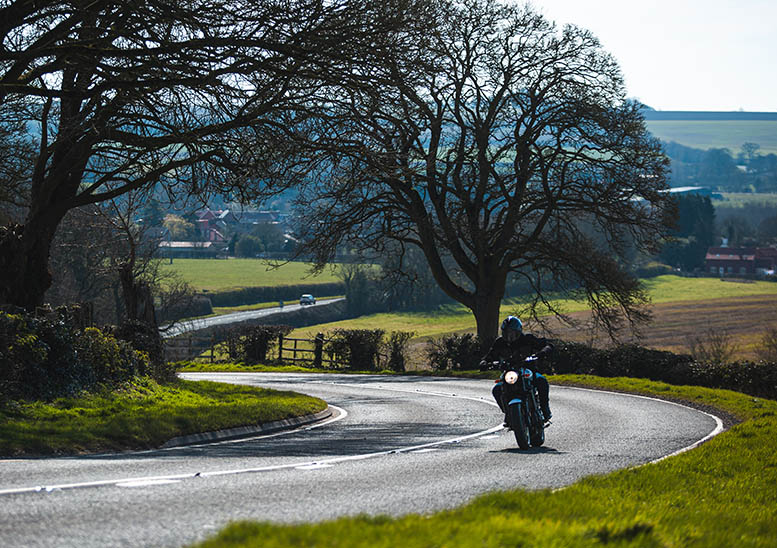 Blog: The rights and wrongs of biking in Corona Britain

At the start of this week, in the eyes of the law, I was free to enjoy Britain’s roads by motorcycle. But morally, was I free to do that?

I could use the defence that riding this rather lovely Yamaha XSR700 XTribute for a review on SBS Mag was an essential work journey. I could say I rode even more cautiously to minimise the risk of requiring medical resources that were needed elsewhere. But would you believe me?

Seems the biking nation was divided. In the red corner, those who saw quiet roads as an opportunity to get out in the open and enjoy their hobby. In the blue, those who felt staying off the roads was doing our bit for the country and the Coronavirus fight.

We raised a poll on Sportsbikeshop’s social media channels and the split was clear. In the end, we had to take the poll down as the debate began to overheat. Understandably, emotions run high at times like this.

“Unless it’s your only means of transport then no [don’t ride]. This isn’t just about minimising transmission (if I see another meme about motorcycles being the ultimate isolation tool, or another selfie with a helmet on captioned, “self isolating” I’m going to throw my laptop out the window). The other issue is that of the huge resource cost to the NHS, which is going to be taken to its knees, should anyone have a big accident. Not justifiable to go for a thrash just now.” 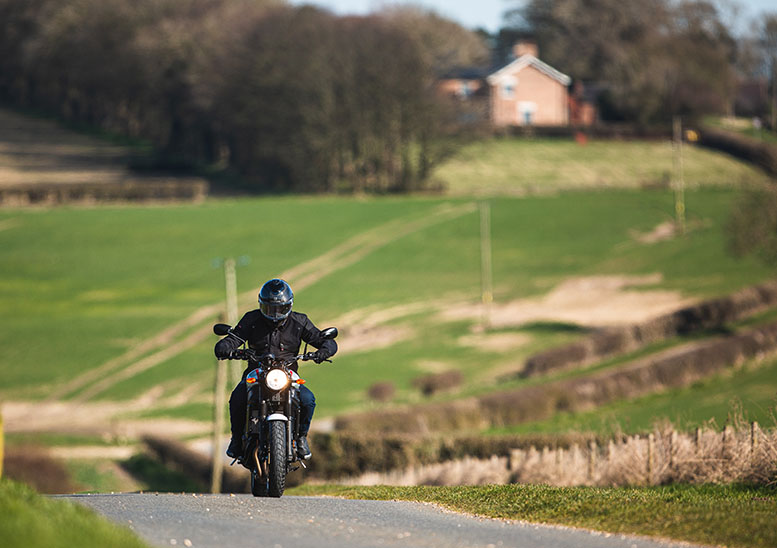 Craig Towler was in slightly stiffer mood, writing: “Stay at home! How hard is it?!? The fact that this poll even exists shows the arrogance and stupidity that people are showing toward this!”

An opposing view, from Matthew Clark: “A solo ride, even if just to enjoy the sights at a slow pace through the countryside, from home to home if need be, is a way of getting out of the house, some fresh air and free the mind from going crazy.”

And another freedom fighter, Nick Lane, posted to say: “I’m still working six shifts a week. I’ll continue to go out riding on Saturdays by myself, always take a packed lunch to some of my favourite spots that no one is ever at anyway. Enjoy the time to myself just with some clearer roads. I’m very cautious riding normally so won’t be testing any limits.”

Monday’s ride was an interesting one. My first sunny, dry, relatively warm outing of the year. Taking in quiet, winding roads to meet our photographer Adam to take some photos for the upcoming report on the Yamaha.

The roads were great and the bike was the bundle of fun I’d expected of an MT-07-derived dirt bike retro. In normal circumstances it would have been a welcome sign that winter was releasing its grip and allowing spring to bloom. But these, rather obviously, were not normal circumstances.

The lack of traffic felt borderline eery rather than a free pass to enjoy the roads. My petrol stop had the undertones of fear that pepper every human interaction in this environment. Those persistent questions… do you have it, do I have it? The rules of what’s polite and rude have been turned on their head.

Not many fellow riders were out and about. A Guzzi Griso came past on a back road, then swiftly came back in the other direction. A crisp-looking first-year FireBlade smeared a red, white and blue streak across the countryside.

Jason was the only one who joined Adam and I in the lay-by, pulling in on his R1200GS Adventure as the Yamaha posed in front of backdrop of Lincolnshire Wolds.

Keeping a sensible distance from each other, Jason and I chatted the biker chat. It took about one minute before the subject of the virus took over. Through sips of coffee from his Jetboil (“I would offer, but you know…”) Jason explained how he’d been laid off work last week.

I raised the question of whether either of us should be out at all. His take: “This is one of my favourite places. I’m riding my bike while I can. If we go on lockdown then I might not be able to do this for months.” 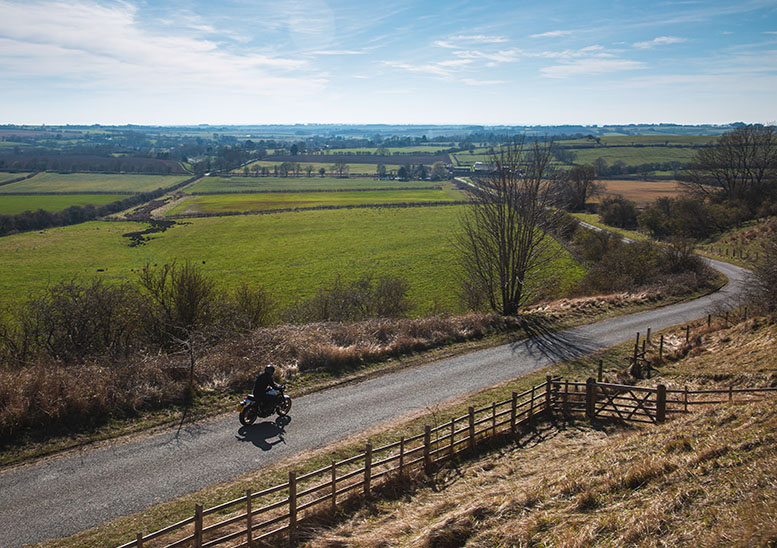 After Jason headed off, the photoshoot was complete. Time to get home and put the Yamaha back in the garage. As I rode familiar curves and re-acquainted myself with riding properly again after four months of purely staying upright, I pondered what was the right thing to do.

The strength of feeling among fellow bikers on our social media poll had hit home. Balance tipped in favour of those who felt we should be giving up our two-wheeled fix and staying out of the way while this national crisis played out.

Decision made… four hours before our Government made it for me.