Five minutes with… a Moto3 mechanic 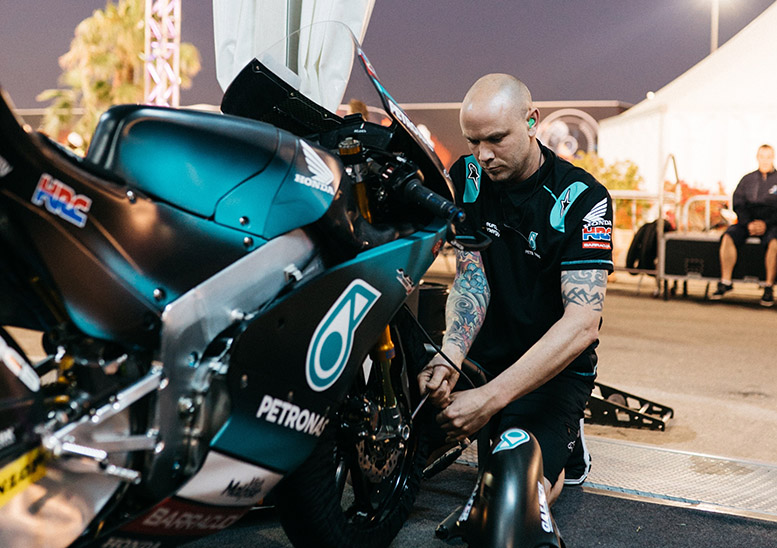 Five minutes with... a Moto3 mechanic 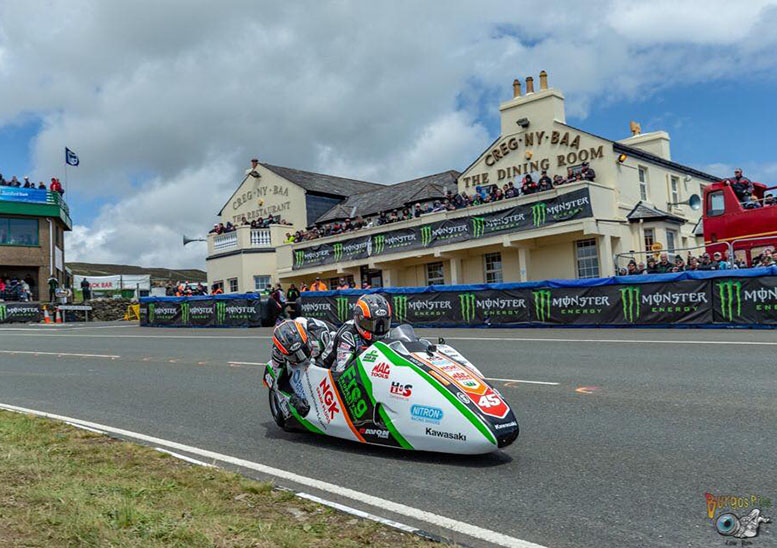 Five minutes with... a sidecar racer

Busting into the MotoGP paddock must seem like an impossible task to many amateur mechanics – but Steven Bradley proves it’s possible. After a chance encounter opened the door to British Superbikes, Steven worked his way up through the BSB ranks before graduating to Moto2 in 2018 with Sam Lowes and the Swiss KTM team. Now in his second year working with John McPhee in the Petronas Sprinta Racing Moto3 team, Steven talks about life in the paddock and how you can get there too…

What does a typical race weekend look like for you?

I’ll usually get to the circuit on a Wednesday afternoon and help set up the pit box, which includes laying carpet, building the box and laying down the electrics.

When the box has been built, I’ll strip the bike – literally down to its nuts and bolts. The engine will come out, the electronics, radiator and cooling system will come off and the chassis is pulled apart. Every nut and bolt and each individual part is cleaned and checked.

On the Thursday each part will be put back together until the bike is complete. During the rebuild, the crew chief will give us a settings sheet that we will start with on Friday morning, and we’ll translate this into the bike. 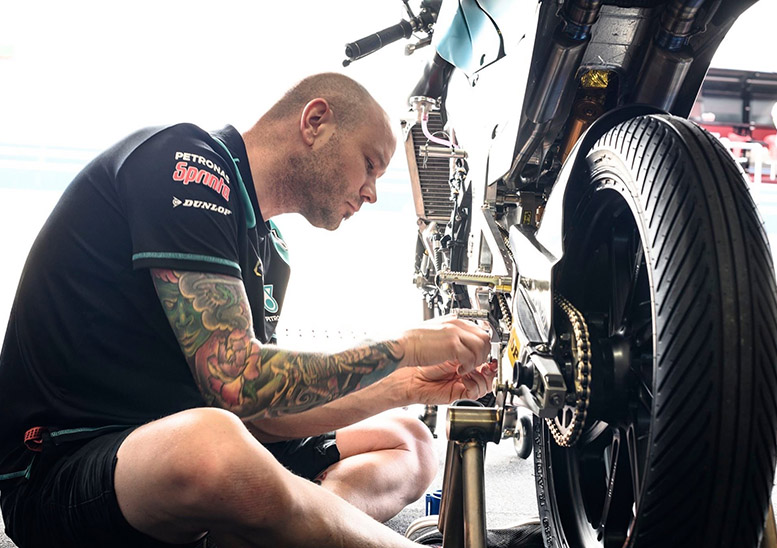 I’m also responsible for the gearbox and clutch. With the Honda Moto3 bike it’s possible to remove the gearbox and change gear ratios and primary gears. I’ll do this several times over the weekend, as it’s so important in such a tight class to get every small advantage you can.

If our rider crashes, handlebars and footrests are the common things that need replacing, so we can easily pull off the damaged parts and get the new parts on quickly. The spare bodywork has been built and prepped in advance, so it’s ready to go straight on if we need it. Luckily Moto3 bikes are light and usually crash quite well!

What kind of pressure are you under during a race weekend?

There can be a lot of pressure because so much is at stake regarding the rider and the money that is pumped into the team. But I know as long as I do my job right, it will give me the confidence to not let the pressure get to me. That’s just how I feel – I know some people who let the pressure build and it makes them nervous.

How does it feel when your rider wins the race?

Winning with John last year in Le Mans was incredible. I’ve won races with riders at BSB level and was even part of the SMR team in 2015 when Josh Brookes won the championship, but winning at world championship level is incredible. 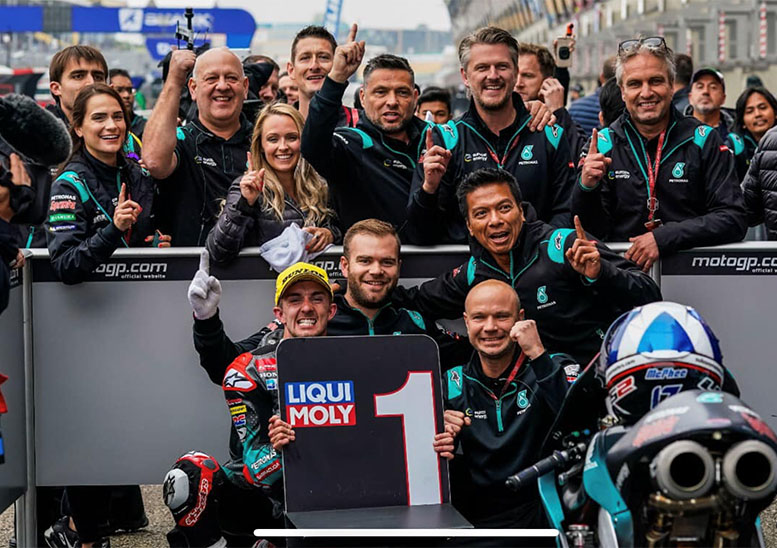 During that weekend at Le Mans we knew John was strong, but in Moto3 anything can happen. The last few laps felt like forever and the excitement and suspense was unbearable. Over each weekend you never put in any more or less effort. Sometimes it pays off and sometimes it doesn’t – such is racing.

How much of your time is spent travelling?

For European rounds I’ll usually take the red-eye flight on Wednesday morning and be at the circuit in the afternoon. The long-haul races can take a day or two, so we’ll leave for those on a Monday. With the Asia races at the end of the season we spend three and a half weeks away, and it all feels like one big travelling trip. It’s non-stop… fun though!

I love travelling to different countries and seeing different cultures, and hanging out with the team too, which is like a big family.

It’s hard spending so much time away from my family and home but I’ll always spend as much time as I can with them. The off-season is usually during the winter so we get to do Christmassy things, which is fun!

How did you get to be where you are now?

My father was a start-line marshal for the Derby Phoenix motorcycle club, so I grew up at the side of racetracks. That’s how I got hooked. While I was there I met a guy called Phil Giles who was a couple of years older than me. He started racing at the club and worked his way up through the classes until he eventually started racing in British Superbikes.

In 1998, I was at a BSB meeting and Phil asked me if I’d help out with his bike, because at that time I’d gone through technical college and was trained in mechanics. From there I worked for different teams in British Supersport, British Superbikes, World Superbikes and now in the MotoGP paddock.

The MotoGP paddock is not an easy paddock to get into. I started racing in 1998 and got my first taste of the GP paddock 20 years later in 2018.

How has your job differed between working in BSB, WSBK and Moto3?

The way we work in the GP paddock is quite a bit different to how we worked in BSB.

In the GP paddock, because of the distances between races, the bikes get packed up and transported to the next race. From there I can go home and then travel back out to the next track. We never really have to go to a workshop to prepare the bike, everything is done trackside. 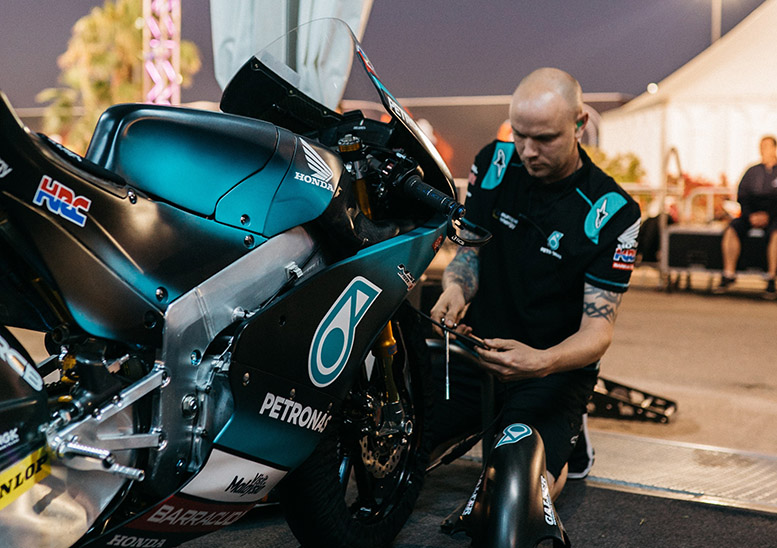 In BSB I would have to transport the bikes back to the workshop to be stripped and prepared between races.

WSBK is quite similar to MotoGP, where the bikes are prepped at the track. We never stripped the bikes down to the extent we do in GP – maybe every second weekend.

In my opinion, every aspect of working in GP is that little bit slicker, more efficient and professional than any other series.

What skills does someone need to work in a professional race team?

Ideally you’d need to have some qualifications in the motorcycle or engineering industry. More often than not though you’ll find people who have just worked their way up through the ranks and have gathered a load of experience.

Sometimes someone with 10 or 15 years of experience in a race paddock is better equipped than a rookie with a degree! Experience is an essential quality to have in racing, so you know what everything is all about. But knowledge is also invaluable. Modern motorcycles are complex machines, so as well as mechanical knowledge there’s a massive need for electrical and data guys.

My advice to anyone who wants to work as a mechanic in a GP paddock is always the same – get onto a motorcycle or engineering type of training course so you can acquire basic knowledge and skills.

Then get yourself along to a local racing club or to a national championship and put your face about. Talk to other race mechanics and try to get a meeting with team bosses and offer your services. More often than not you’ll have to do a little work for free until you gain some experience.

If it’s your dream, just don’t give up!