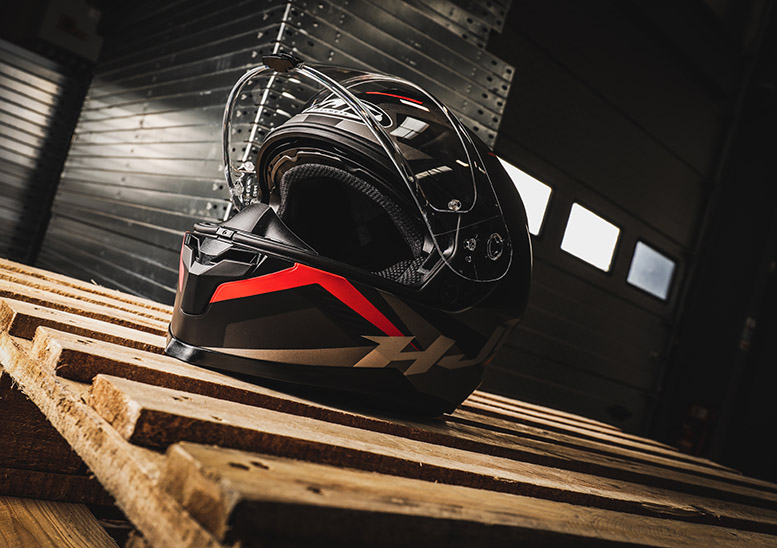 HJC have launched the C70 helmet for 2019, a more budget-friendly replacement for their hugely popular IS-17.

It’s understandable that HJC wanted to make the new release close to the outgoing model, considering how popular it was. Still, the two lids couldn’t be much closer – in fact, the ID label on the C70’s chinstrap reads ‘IS-17’ and the designation number is identical to the departing model.

The C70 is essentially the same helmet, but with a few amendments to bring the price down a little – good news all round for fans of the original lid.

The C70’s chin vent cover feels a little more robust than the old one on the IS-17. The drop-down sun visor switch isn’t spring-backed (it was on the IS-17), so you have to manually slide the operating switch to pull the visor back up again.

The inner lining has been revised too, and decorative mesh cut-outs on each side of the IS-17’s shell have disappeared. Unlike the old helmet, the C70 doesn’t come with an anti-fog insert included, but it is prepared for one which you’ll be able to buy separately.

The rest of the C70’s spec is just like the IS-17’s, including the D-ring strap fastener. The polycarbonate shell houses one large top vent and one large chin vent and comes in two shell sizes – the first covering XS-M and the second taking on L-XL.

The visor uses HJC’s standard locking tab to ensure the visor stays closed, even when travelling in high winds, and incorporates their RapidFire quick-release system for fuss-free visor changes.

There are 12 graphic designs and three plain colours – black, matt black and white. The plain colours have been released at £129.99, while graphics will cost £20 extra at £149.99. You can see the whole range of 2019 colourschemes in our carousel of images below.