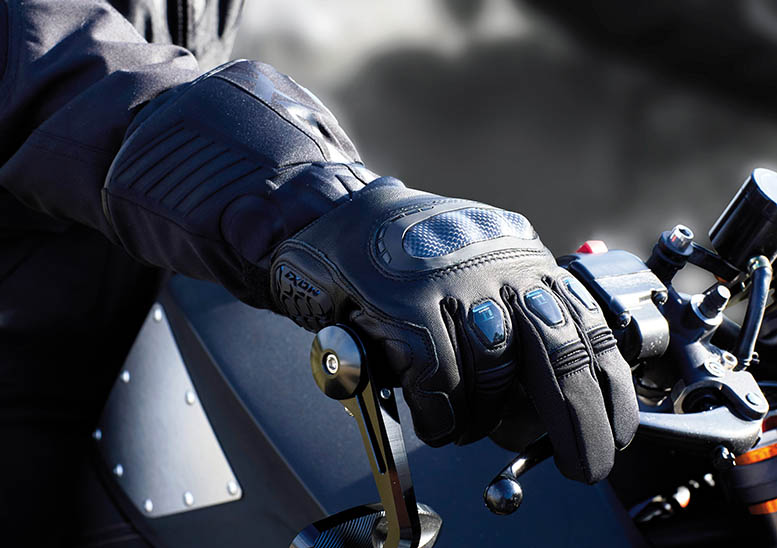 Heated gloves that maintain your skin temperature at the optimum level are on the way to the UK thanks to Ixon.

The French firm have joined forces with start-up Clim8 to create the IT Series, an innovative range with the tagline “heated gloves that know when and how to keep you warm”.

Working in a similar way to central heating in the home, the gloves constantly monitor hand temperature, and when the sensors inside detect a drop the heating will kick in to restore the temperature to a figure pre-set on a smartphone app.

The Clim8 app (available on iOS and Android) gives full control of the gloves via Bluetooth. On first wear the app will ask a series of questions, including how sensitive you are to the cold and what kind of riding you do, to estimate your ideal hand temperature.

This only needs to be done once, though you can manually adjust the optimum temperature via the app.

Once optimum temperature is reached, heating will stop until the hand temperature drops again, keeping you in a constant state of optimal warmth.

Power is supplied by two rechargeable 7.4V batteries, which are included with the gloves along with a charger. Most similar batteries will last around two hours on their highest setting, though the on-off nature of Ixon’s tech should mean a longer lifespan as they will only be kicking out full power when it’s actually required.

The tech features in the new IT-Aso heated glove, which boasts a top-level PrimaLoft Gold thermal lining to trap the generated heat, a waterproof membrane, visor wipe and a long cuff with a drawstring to keep out rain and wind. There’s also carbon-fibre knuckle armour and a scaphoid slider for protection, as well as silicone reinforcements on the fingers.

The IT-Aso gloves will be available in black, and have a UK launch price of £299.