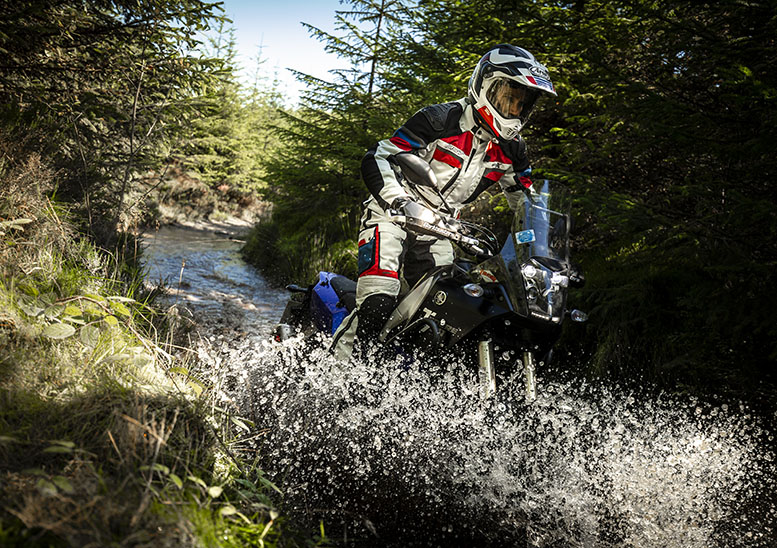 Ambitious British brand RST are one of the companies going all-out for a slice of the airbag revolution in 2020.

They’re one of a handful of firms who’ve adopted the airbag technology from In&motion to give data-based protection that triggers if the onboard sensors detect a crash scenario.

But RST are going down a different route to their continental competitors by integrating the airbag into their garments directly rather than fitting them into a vest worn inside a suit or jacket as everyone else is doing.

They are offering their four range-topping garments each with an airbag option, with the ribbed portions of the airbags actually in the suit.

Some may see this as a detriment, for example those who want a vest that can be worn under either a jacket or a leather race suit, but RST say it means the external jacket and airbag will work together better than if the airbag is in a separate vest.

The V4.1 suit with airbag will be priced at £899.99, which is cheaper than the outgoing V4 kangaroo leather suit without an airbag.

RST has found cost savings by using cowhide for the stretch panels of the V4.1 and using a different supplier of kangaroo hide for the rest of the construction, bringing down the final retail price to £699.99 without the airbag and £899.99 with it.

RST say the V4.1 particularly benefits from fitting the airbag directly into the jacket because there is no extra layer of material to stop inflowing air reaching the rider.

There’s a 3D mesh material to keep the plastic airbag away from the skin, but otherwise there’s nothing to get in the way of the incoming airflow. The suit is available in black only in sizes 38in-48in.

The Adventure-X is RST’s replacement for the popular Adventure textile suit series and it costs £499.99 for the jacket with the airbag in place. There’s a choice of black or white/red/blue in sizes S-5XL (40in-54in). 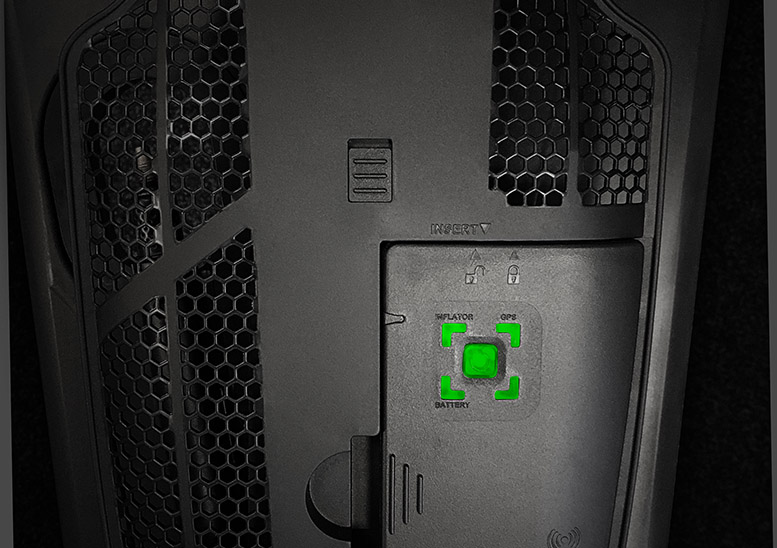 It’s the same pricetag for the GT CE leather jacket, a sports-touring option in plain black only in sizes 38in-48in.

All prices include the airbag itself, but there is an additional cost to use the In&box, the name for In&motion’s electronic control unit that’s housed inside a traditional back protector.

There are flexible pricing options on the In&box as riders can either buy it outright for £399 or lease one annually for £120 or monthly for £12 on a rolling contract.

Monthly leases can be terminated or paused, with the unit returning to the manufacturer and another being sent out when the rider resumes their lease agreement. This allows summer-only riders to avoid paying for technology that’s sitting unused in the wardrobe.

There are two algorithms available – one for the road and another for the harsher riding style used on the track. It costs £25 per year for access to the additional algorithm for buyers of the V4.1 suit, but the fee for the first year is waved.

The technology in RST’s suits and jackets is the same as used by other manufacturers who’ve adopted In&motion tech, including Held, Furygan and Ixon.

It monitors the rider’s style 1000 times a second as they move along, comparing it to acres of historical data on what does – and doesn’t – constitute a crash. If it detects a tumble is in progress then in less than than 60 milliseconds it fully inflates the airbag cushion around the spine, neck, thorax and abdomen.

Afterwards the bag remains inflated until the rider or a helper is able to unscrew the trigger unit, which allows the bag to deflate.

Unlike some other types of airbag, the In&motion set-up doesn’t need sending back to the manufacturer or a dealer to be prepared for re-use. A new inflator at £89.99 screws in place and the jacket is good to go again.

Only once the airbag has inflated three times do RST request that it’s sent back to their UK service centre for inspection. They also point out that any garment that’s been involved in three crashes may require more work than simply an inspection to the airbag inside it!

The new airbag-equipped RST suit and jackets will be available from spring 2020.