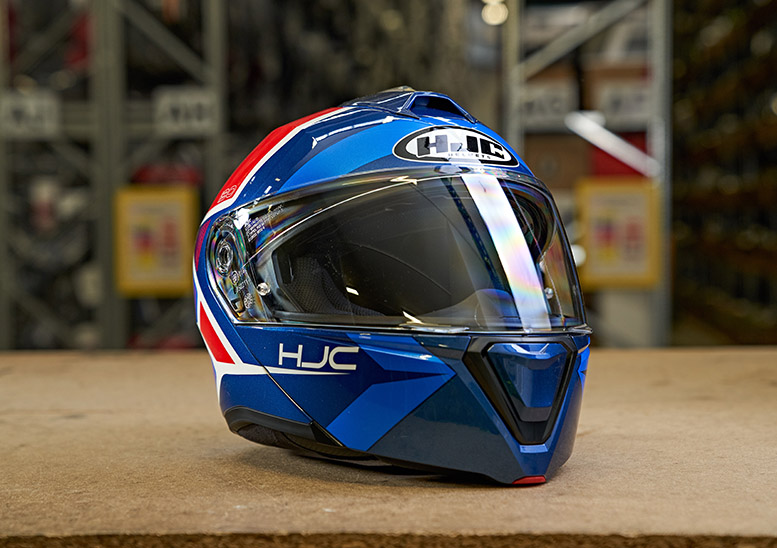 Two new lids from HJC stand out from this week’s selection of the best new clobber. Add in new Alpinestars boots, the return of Wolf and a versatile new OptiMate charger to make an interesting seven days’ worth of fresh kit…

The first of our pair of new HJCs this week is the i90 flipfront.

The i90 is aimed squarely at those covering distances, with the UK importer’s promo material saying it’s a “touring rider’s dream”.

With a launch RRP of £199.99 it’s aiming a notch or two above entry level but leaves the top-end riders to go for HJC’s RPHA90 flip-up instead.

It has a polycarbonate shell that comes in two sizes (one covering XS-L and the other for XL and XXL) and weighs in on the SBS Mag scales at 1734g.

It’s rated P/J so it can be legally worn with the chinbar up or down, and there’s no need to lock the chinbar in the raised position as it sits back in a slight recess to stop it flopping back over the face while riding.

It comes in a range of graphic designs that have already landed, including the Hollen in red/white/blue, yellow or red and the Davan in yellow, white, red, pink and black while the more sober plain schemes are due before too much longer.

The first examples of HJC’s new-for-2020 fibreglass composite lid have arrived, with the full gamut of paintschemes expected to follow soon.

The new lid is a massive design departure for HJC, with a distinctive shape designed to improve aerodynamics and look great when used on performance naked bikes.

Most distinctive of its new features are an expansive breathguard that fills the gap between chinbar and internal sun visor almost completely, plus a move away from the quick-release visor. This one requires a screwdriver to get the visor off, which seems a bit old-school until you think about how often you remove one.

It’s only in limited sizes in plain black at the moment, with an RRP of £229.99 but the full range of colours aren’t far away. There’s more info on the F70 in the story we published recently, though one nugget of info we can now add is the actual weight – the medium weighs 1498g on our scales.

Wolf are back – and so are two of their most popular glove models. After a brief flirtation with the fashion-led heritage and custom world, Wolf have decided to re-focus on what made them popular in the first place.

That means quality materials and simple unfussy designs for riders who want kit that does its job without feeling the need to scream from the rooftops about it.

The Fortitude is the first rebooted glove, made from a combination of double-layer leather palm and a 750-denier brushed nylon backhand that also has a carbon-fibre knuckle protection.

There’s a thermal liner for winter warmth and they’re CE-certified to the basic Level 1 of the latest protection standard. In keeping with the new/old style, forget jazzy colours – these come in all-black only in sizes S-2XL and launch with an RRP of £79.99.

The Titanium Outlast is another thermal glove, this time with the benefit of the thin Outlast heat-storing layer to reduce thickness. It’s made from leather with a waterproof membrane and has a rubber visor wipe on the left finger.

A hard plastic scaphoid slider and carbon knuckle guard beef up protection, which rates at the basic Level 1 in the latest CE certifications. The gloves come in a dizzying choice of one colour – black – in sizes S-2XL and launches at £99.99 RRP.

Alpinestars’ popular waterproof sports boot moves into its second generation for 2020 with a mild revamp.

Funnily enough they’ve kept the tried and tested formula of sticking a breathable and waterproof Gore-Tex membrane into the sporty SMX Plus boots.

There’s a revised ankle brace that resists the sort of forces that can lead to ankle injuries, as well as improvements designed to deliver more comfort, such as an extended accordion stretch panel over the top of the foot.

The sole is new and offers extra textured grip over the outgoing model, while there are now small vents on the shin armour. Alpinestars’ Lace Lock system helps ensure a closer fit too.

The new boots come only in the black/silver scheme pictured and will be available in sizes 4.5-12.5, with the launch RRP sitting at £319.99.

Anyone who’s hooked their posh lithium battery up to a charger designed for a conventional lead-acid jobbie (been there, wrecked that!) will want to read this.

With the new OptiMate Duo 1 it’s impossible to get it wrong as it is designed to detect what type of battery it’s connected to BEFORE it starts pumping power into it.

That means it can deliver its oomph in a manner that will look after it rather than knackering the thing. Quite why no-one came up with this idea defeats us, but better late than never.

No more need to run two separate chargers for those who have a combination of battery types, and no further fear of accidentally plugging in the wrong charger and wreaking havoc on that lovely lightweight lithium battery to which you treated your bike. 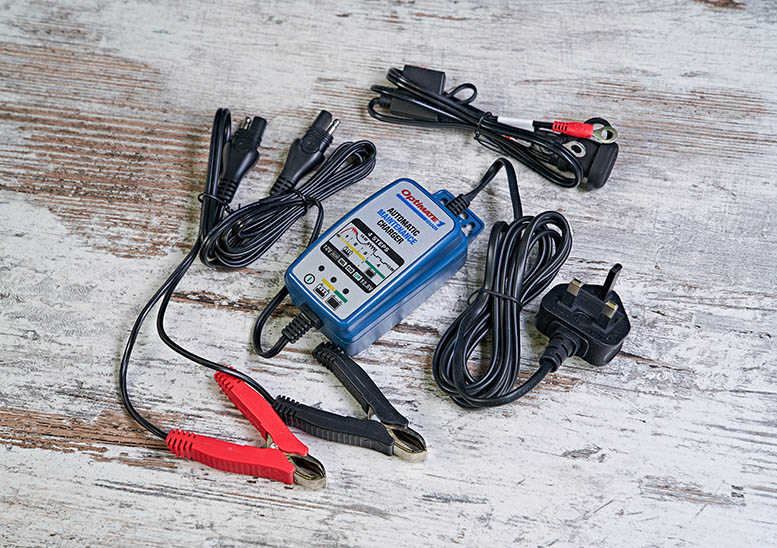 At a launch RRP of £39.99 it’s a darned sight cheaper than buying two separate chargers – and it works with Gel batteries, Advanced Glass Mat (AGM) as well as lithium and conventional lead-acid blocks.

It comes with croc clips to grip the battery and a harness that can be screwed to the terminals and a plug left exposed to make it easy to stay on top of charging duties.

It’s a trickle charger so it’s perfectly reasonable to just hook it up to the bike and leave it there, safe in the knowledge the bike will be good to go when you are.