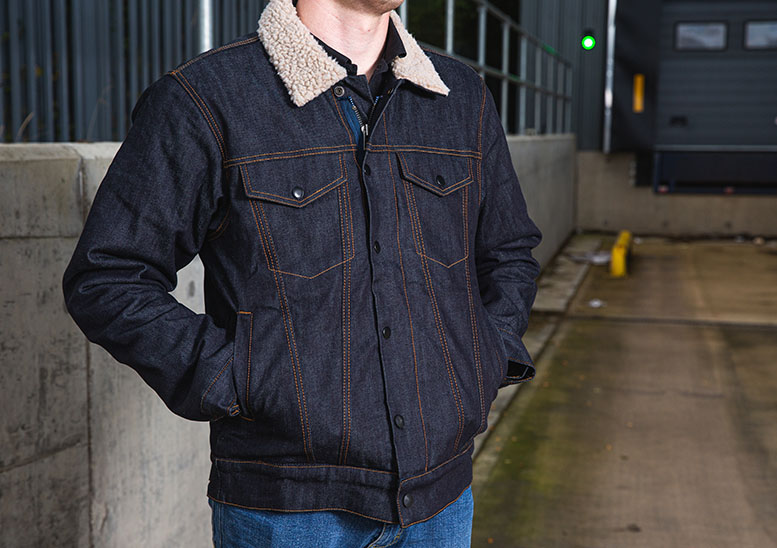 A new brand arrives on the Sportsbikeshop shelves while Resurgence and Alpinestars complete their 2020 collections in this week’s new gear round-up.

Alpinestars have revamped the popular Valparaiso touring jacket for a second time.

The chest vents on the Valparaiso V3 jacket have been redesigned and are now zipped rather than panels which can be held back by press studs. The collar closure has also been updated, adding a quick-close popper to help easily locate the button.

Both the Drystar waterproof membrane and the thermal quilted liner are removable, and Level 2 CE-approved armour to the shoulder and elbows is included. Next to the regular main zip sits a ‘Superior Airflow’ panel of mesh that can be revealed in high temperatures to allow in extra air.

The Valparaiso V3 textile jacket launches in dark blue/black (pictured), black or dark grey/light grey/red in sizes S-4XL, with an RRP of £399.99.

The jacket is compatible with Alpinestars’ Tech-Air Race airbag system (sold separately) and comes with Level 1 CE-approved GP-R armour for the shoulders and elbows, with external sliders for added abrasion resistance. A back protector and chest armour can also be added.

Stretch fabric inserts down the inside of each arm combine with elasticated panels on the back for flexibility. Inside, a large waterproof pocket provides carrying space, while pre-curved arms reduce breaking in time.

The Missile Ignition Airflow leather jacket launches in black at £469.99.

The new Sherpa CE denim jacket has a triple-A CE rating and is lined with abrasion-resistant Pekev fabric, which Resurgence claim to be 15-times stronger than carbon steel as well as moisture-wicking and breathable. The jacket comes with D3O armour for shoulders, elbows and back, all certified to CE Level 1.

The selvedge denim outer is backed by a sherpa fleece lining, which has two pockets big enough to store a phone or wallet. The chunky YKK main zip can be covered over by a poppered flap to help keep out the cold.

Rather than using Pekev as a lining, the new material integrates it with the denim to create a single layer of abrasion-resistant fabric that Resurgence say gives more protection than the previous two-layer arrangement. This means the jeans are less bulky than Resurgence’s previous jeans and deliver AA levels of CE protection.

The Ultimate CE jeans are slim fit through the leg and come with D3O hip and knee armour.

Founded in 1970, new-to-Sportsbikeshop boot brand Stylmartin protected racing legends like Eddie Lawson and John Kocinski, who wore their boots in the ’90s.

Nowadays the firm are better known for road boots and the Continental WP pictured below are one pair in a wide variety of offerings. These water-repellent leather touring boots have four chunky buckles down the outer side, which offer six levels of adjustment using the metal hooks.

Hard shin armour and malleolus padding provide the bulk of protection, while padding around the cuff of the boot stops them rubbing against the leg.

Motorcycling usually exists in a world isolated and insulated from high fashion, but the Pearl Leo WP boots show Stylmartin do keep an eye on the catwalks.

Animal print has been big in the world of fashion for 2020, and those who want it on their bike boots now have that option.

The Pearl Leo WP have a genuine suede upper with full-grain leather reinforcements around the heel, over the gearchange area and at the closure.

They sit on an inch-and-a-half heel and fasten with a zip and velcro tab.

Appearances are full fashion, but they’re CE-approved for riding, meeting the basic Level 1 in all four categories, and there’s even a breathable waterproof membrane to keep rain out.