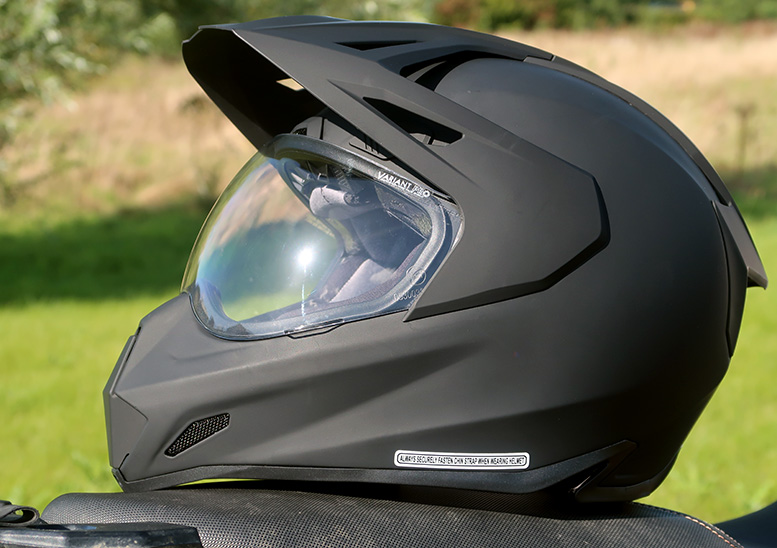 A new lid from Icon leads the charge in this week’s round-up of new goodies to land at Sportsbikeshop, with a helping of Oxford kit and some helpful potions from Silkolene for those who like to put their bike into hibernation…

The American company’s helmet with dirt looks and road functionality gets an upgrade that sees a new, slightly lighter shell and a touch more practicality.

Now the shell sizes cover XS-S, M-L and XL-3XL, so smaller riders are less likely to have an oversized globe atop slender shoulders.

On the practicality stakes, it’s much easier to remove the peak on the new Pro, with a botton on the top of the shell that releases catches on either temple.

You won’t be able to ride without the peak attached, though. Without it there’s nothing to keep the visor in place and Icon aren’t planning to release pods to do that job. Want a dirt-look Icon with no peak? You’ll be needing an Airflite, they say.

It’s not possible to use it with just the peak and no visor, either. Nope, removing the visor leaves a space between shell and peak, so no real option to wear goggles instead of the visor.

Yup, the dirt looks are just that − appearance rather than reality.

Colours are limited in the first instance to this plain matt black, but expect a host of different schemes before too long. This is Icon, after all.

The Harrington jacket style has more historical association with scooters than bikes, thanks to its adoption by mods back in the 1960s.

But the recent trend for casually-styled bike gear has attracted Oxford to create a version of the age-old Harrington design for motorcyclists.

The outer material is made from an elasticated cotton material with Oxford’s Dry2Dry membrane laminated to it for direct waterproofing performance.

Internal aramid-fibre reinforcements at shoulders, elbows and the back help the jacket achieve a basic A pass in the most recent CE safety approval tests.

Shoulder and elbow armour meets the basic Level 1 of the CE standard, and there’s a pocket for an optional back protector.

The Oxford Harrington is available in black or green, with a ribbed waist belt, reflective strips on the arms and simple twin-popper cuffs. It’s launching at £129.99 in sizes S-5XL (38in-52in).

Denim jeans that are both protective and comfortable enough to be worn all day are something of a holy grail for riders. Plenty of companies have tried to make them happen, and Oxford are next in line with the Oxford Original Approved denim jeans.

They’re made from a single layer of denim, but with a hard-wearing polyamid fibre woven into the denim mix to beef up abrasion resistance.

The result is a denim that feels robust, and is tough enough for the jeans to pass the latest CE safety standard at the middle AA level.

Soft knee armour and a pair of stiffer hip protectors are included with the jeans, though it’s up to the rider to slip them into the included pockets.

There’s a wide range of options as the jeans come in three finishes, two leg lengths and two different fits. You can choose from short (30in), regular (32in) or long (34in), in slim or straight fit in black, rinsed blue or two-year aged blue.

They come in waist sizes 30in-40in, with all waist sizes available in all three leg lengths. They’re launching at £119.99 a pair.

Oxford’s latest gloves are sporty staples with all-leather construction and hard knuckle armour at a launch price of a penny under £50.

The second generation of RP-5 boasts a goatskin palm for supple feel, bolstered by suede overlays in key impact areas.

The back of the hand is made from tougher cowhide, with an accordion stretch panel sitting behind the hard armour to boost flexibility when gripping the bars.

The outer finger is overlaid with a second layer of leather and there’s a bridge connecting the third and fourth fingers to stop the pinky flailing on its own if the worst were to happen.

They fasten with a single velcro cuff closure and there’s elastication around the wrist to add to the security of fit.

Rage we might against the dying of the light, but we can’t deny it’s coming soon − and that might mean laying a bike up for winter.

For years Silkolene’s Pro FST has been an elixir to riders who give the cold months a swerve, going back to the days when carb icing was a common problem.

Plonk a dose in a tank of fuel and it’s designed to stop the juice going stale, keeping it full of energy and ready for next spring. 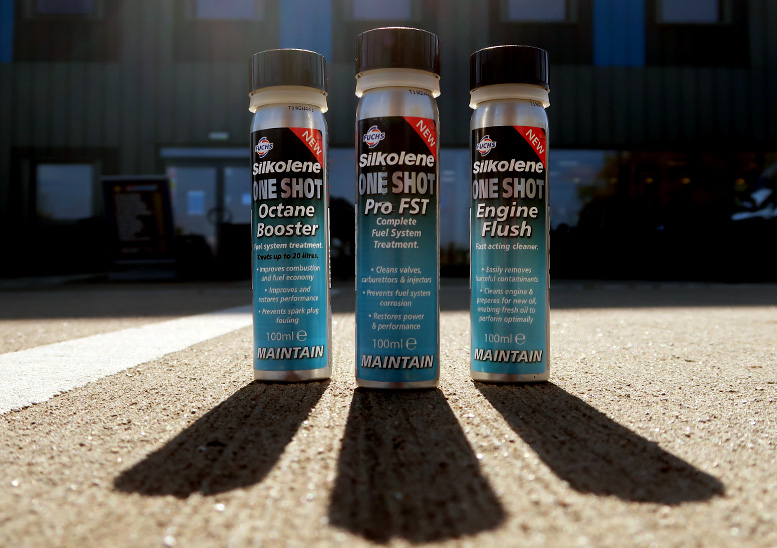 So what’s new? The ability to buy enough for just one tank of fuel, rather than a bigger bottle that’ll last for the next two decades.

This 100ml bottle is enough to keep 20 litres of fuel full of beans − and Silkolene have also released their engine flush and octane booster in the same sizes.

Engine flush helps dredge nasties from the engine when you perform its winter oil change, and octane booster gives the fuel an extra bit of zip. Probably handy to save the last one till spring if you’re getting set to lay your bike up.

All three come in at a price to please fans of repeat numbers – £7.77 per can.