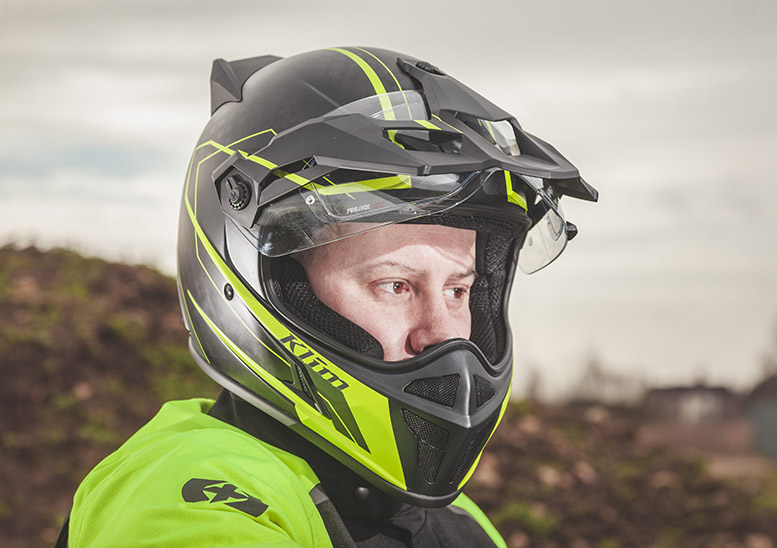 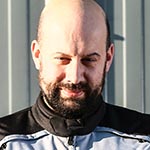 In the adventure market Klim’s name oozes quality thanks to their clothing. I’ve had a Klim suit before and loved it, but after 3000 miles in their Krios helmet I feel it hasn’t really lived up to the Klim reputation.

When I was asked to review the Krios helmet I was jumping for joy as I was finally wearing a brand to go with my ‘adventure’ image.

Straight out of the box this helmet looks good. Great paintscheme on a chunky carbon weave shell, extreme exhaust vent and nice detailing under the peak. It is amazingly light at 1360g and feels like wearing a cloud.

The helmet comes with a dark smoked visor in the box and a Pinlock insert to fit to the visor. All good so far.

I wear a large in most helmets and my 59cm noggin dropped into the large size with the Krios. I wished I squeezed into a medium, though. After a few weeks the plush interior felt like it was a year old. This is slightly concerning when doing shoulder checks at speed as the ill-fitting interior twists on my head when the peak catches in the wind.

The huge visor opening enables a seriously wide field of vision, which is key for an adventure helmet, and the Pinlock-protected visor hasn’t misted up once in my time with the helmet. 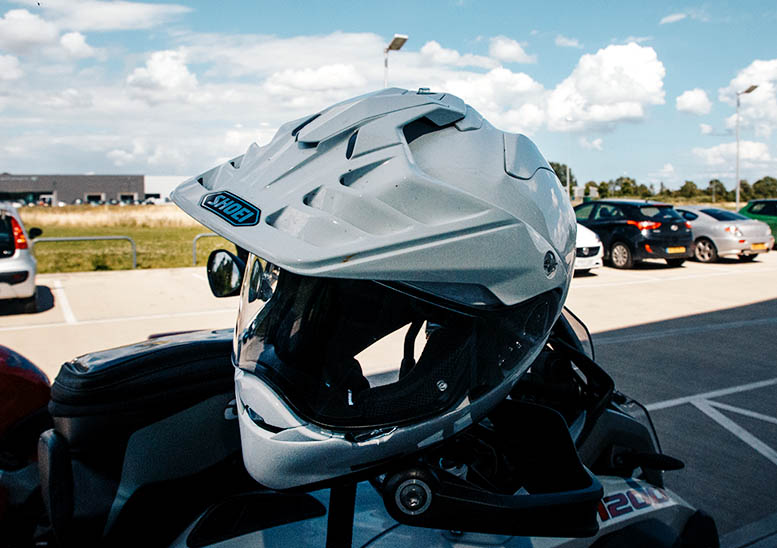 Despite the visor being a strong convex shape there is no distortion of light or vision. The problem with the visor, however, is with the seal around the edge. Over time rainwater leaks slightly past the top seal, and a massive amount of wind comes in through the ends, causing quite a lot of wind noise.

The tool-less visor change is simple enough, but the constant up and down motion on this Krios has worn the teeth that control the visor’s closing motion. If I’m off roading with the visor up and it catches some wind it slams the visor shut.

The aperture is roomy enough to take a 10cm high pair of goggles, but taking them off again involves some finger digging.

The peak is fairly stable when riding at speed, but when doing shoulder checks at certain speeds it will twist my head. A lack of adjustment means that, even with the peak on its lowest setting, on a low-sun evening it will provide less sun protection than Rab C. Nesbitt’s string vest. So I end up tilting my head slightly to block it out.

As well as bedding in very quickly as I mentioned earlier, in heavy off-road use the interior becomes a giant sponge. Thankfully its moisture-wicking qualities mean I can whip it all out, rinse it under a tap, squeeze it out and leave it overnight for it to be pretty much dry by next morning.

It’s important to have good ventilation on challenging roads or off-roading, but the Krios is poor on that score. The massive motocross-style meshed chin vent provides little more than a light blow on the visor, while the upper vent is stiff and provides no noticeable airflow when I’m riding my KTM.

The chin curtain is very effective, so whipping that out allows some sort of flow. The best sort of ventilation I found was to take the visor off and wear a pair of goggles.

In terms of build quality, my review helmet has been caught by a few low-hanging branches and there isn’t a mark on it. After a polish the matt graphics will look like new, but I feel the construction quality isn’t in line with a £400 helmet or the Klim brand name. In my experience of this helmet I’d say it is more suited to the £200 price point.

15/ 20
The range of vision is incredible, and very wide, but a lack of range on the peak adjustment and the fact the visor is now constantly blown shut while riding puts a dent in the score.

10/ 20
While riding my KTM there’s little to no airflow through the vents, which isn’t good enough for a helmet of this price.

10/ 20
The interior beds in quickly – definitely try a size smaller than usual. Even if it feels slightly too tight, I’m certain it will become a good fit and it’s better than a helmet becoming too big.

14/ 20
Nothing has gone wrong other than wearing on the visor that means it’s slammed shut when the wind hits it. In my opinion it doesn’t scream the level of quality I expect from Klim.

14/ 20
The essentials are all present, but niceties like emergency cheekpads and an internal sun visor aren’t.