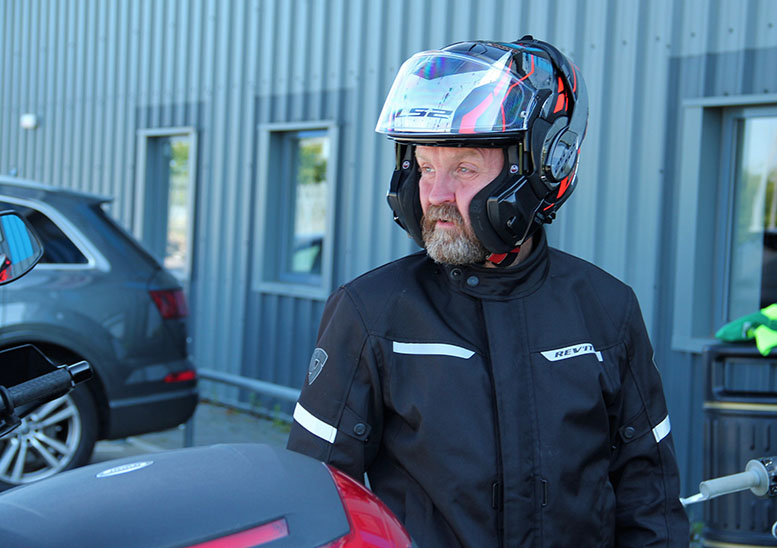 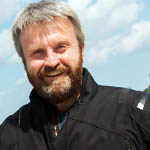 The Valiant is two helmets for the price of one, but there are compromises to make

When planning a toe-to-top riding trip throughout Britain the idea of a ‘convertible’ helmet had a lot of appeal.

I had visions of an open-face helmet providing a complete view of stunning vistas through Cornwall and Scotland, and a full-face blocking out cold, wet days and slogs to the start at Land’s End and home from John O’Groats at the end.

That’s exactly how it turned out with the LS2 Valiant, which I found very easy to convert from one to the other without even having to stop.

However, this attractive combination does come at a cost, which I’ll explain later.

Essentially the LS2 Valiant is a flipfront with a difference, with a chinbar that pivots up before sliding over the top of the shell to rest at the back of the helmet.

It’s a very similar design to the Shark Evoline or Evo-One/Evo-One 2 and the helmet is dual-homologated, so it’s tested and legal for use as either a full-face or open-face. 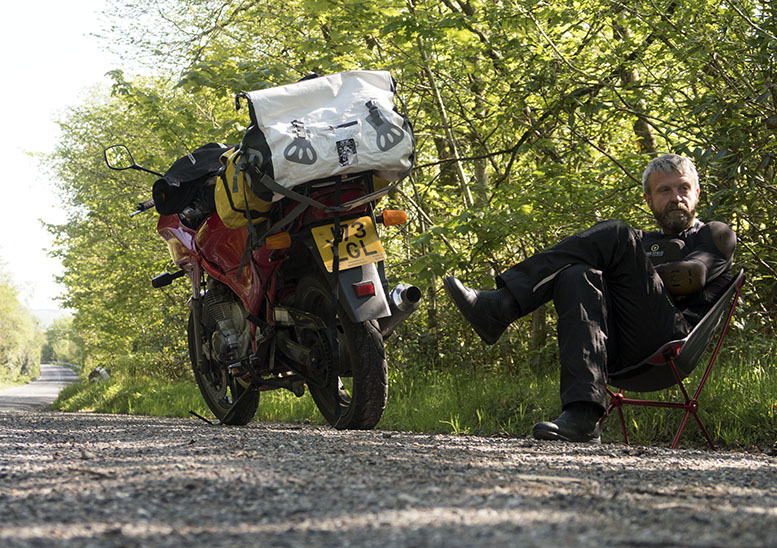 My Land's End to John O'Groats mission appears to have failed

This system works well on the Valiant. It takes hardly any effort at all to press the release button on the chinbar and lift it up, back and out of the way.

As you do so, the visor automatically lifts to stop it coming into contact with the rising chinbar, protecting it from scratches.

I soon developed the muscle memory needed to lift the chinbar over to the back of the helmet and then flick the visor back down as my hand returned to the bike’s bars. I could do this quickly enough to protect my face from prolonged exposure to windblast.

There’s is an internal sun visor to shield your eyes for the brief time that both chinbar and visor are up, but only if it’s sunny, so it’s handy that the operation can be done quickly.

When cruising through backroads at the bottom of England and top of Scotland, I kept the lid in open-face mode and enjoyed the extra airflow and view. In the middle of England when enjoying some of the fantastic riding roads with more speed, I pulled the bar back down for extra protection.

So far, so good. Now to those inevitable compromises when wearing a helmet designed to do two jobs…

The Valiant is heavy. It weighs in at around 1750g thanks to its all-plastic shell and the addition of all the hinge gubbins. This weight would soon increase for riders who add communications systems, for which the Valiant has been prepared.

After a few days of riding my neck was feeling the fatigue from the sheer weight, especially when riding with the chinbar resting at the back of the lid as the balance changed with it in that mode.

Perhaps it’s fair to point out that LS2 describe the Valiant as an ‘urban commuter’ helmet so I was using it out of the intended purpose by going touring in it and doing 200-mile days.

For town commutes I couldn’t see the weight being an issue (though if I were an urban commuter attracted to the Valiant I’d probably just buy an open-face helmet).

The Valiant is also noisy, perhaps inevitably for a helmet relying on various pokey-out bits to provide its flip function. It’s quieter in open-face mode and sometimes I lifted the chinbar just to get some respite from the noise.

I wore earplugs throughout my time with the Valiant so my hearing wasn’t in jeopardy, but the noise levels were often irritating.

As with many flipfront helmets, the fit changes slightly in the two configurations, because securing the chinbar in place pulls the shell in a little. It’s not likely to be a big issue, but it’s worth making sure the helmet is comfortable in both modes before committing.

The final compromise surrounds the fact you need to operate the system correctly to avoid scratching the visor. The clearance between visor and seal is minimal, which is essential to keep the visor out of the way of the chinbar as it slides back over the helmet.

The visor lifting/lowering tab sits at the top of the visor, which is not a natural place to find it. But it’s necessary because pulling the visor from its base means flexing it slightly and making it drag across the visor seal, risking scratching the Pinlock insert.

Finally, I can’t let this review go without saying the visor change mechanism can be tricky. It demands simply pulling each end from a housing, which can be very stiff. I’ve changed the visor on three Valiants now and they all differed in the amount of force required to free it from the housings.

It was on the fourth visor swap (all for cleaning demands) that the visor broke, even though I followed LS2’s instructional video to a tee. The small tab securing it into its housing broke off, rendering the visor useless. I’d suggest taking great care when changing the visor, and a small squirt of silicone spray might ease the process.

There’s good and there’s bad with the Valiant, which I hope this review reflects. I point out the issues only so you can decide whether you can accept them.

If I were doing my trip again tomorrow I would still take a convertible helmet like the Valiant. I’d rather it was lighter and quieter, but the benefits of improved vision and airflow outweighed the negatives for my journey.

12/ 20
The visor offers a deep field of vision and the Pinlock is effective. But the difficulty of visor change, and the fact it eventually broke, means I can’t score it highly.

17/ 20
The vents work well, especially the large one at the chin. The downside is that rainwater can get through as well, providing a refreshing/chilly shower for the moustache.

16/ 20
The lining is comfy and there’s room for both intercom speakers and spectacle arms. It loses a few marks for the weight, as my size M model weighs in at 1780g and that gets tiring over time.

16/ 20
The broken visor is the main negative here, as well as its vulnerability to scratches. In all other regards, the build quality is good.

12/ 20
It’s got the essentials, and a Pinlock MaxVision insert is a real plus, as are the speaker recesses. Add-ons like a breathguard and chin curtains are a lack, but they would both make it impossible to slide the chinbar back over the shell.